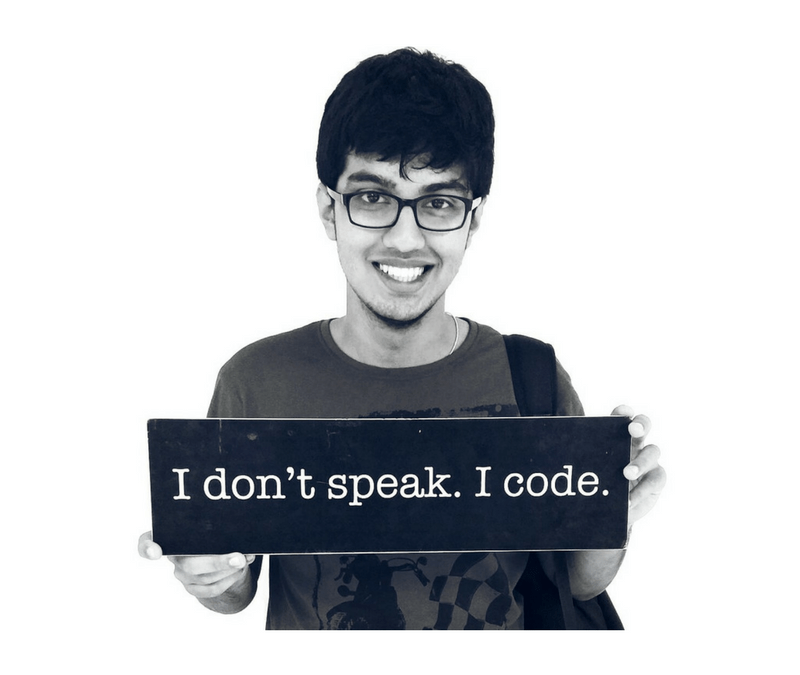 My journey in the field of robotics began a couple of years back, when i was in second year. I was so curious about automating systems and understanding real-time products. The awareness session on Robotics by LEMA LABS at SRM University, Ramapuram Campus in March 2016, exposed me to proper understanding on functioning of robotic systems. 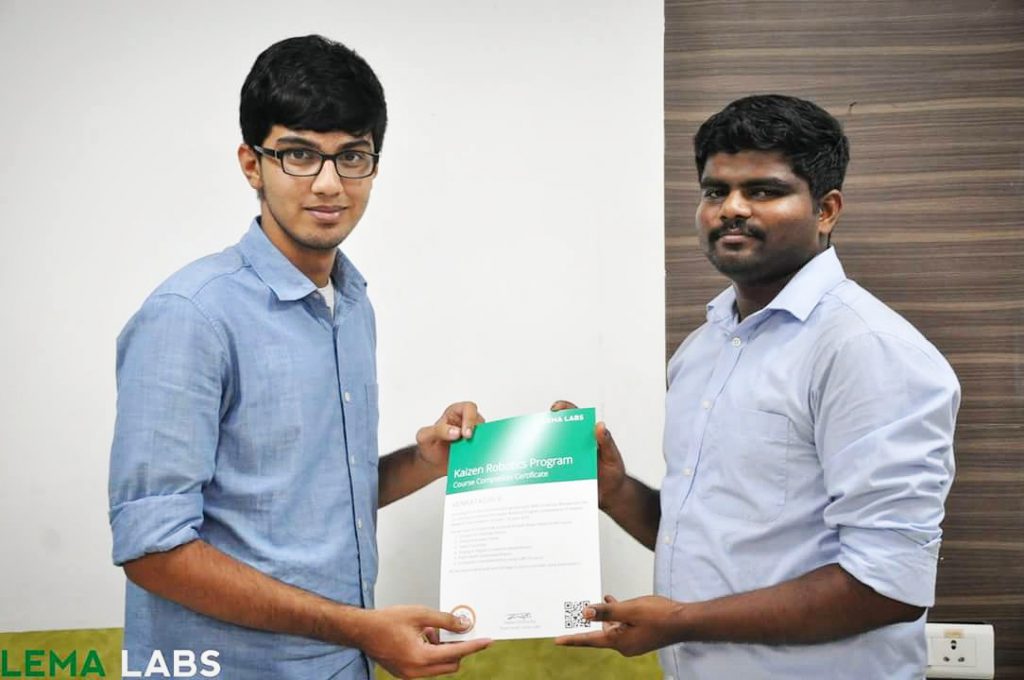 I enrolled for Kaizen Robotics Program Crash Course on June 22nd, 2016. I strongly believe that it’s one of the best decisions in my life. The basics of electronics and embedded programming from level 1 course, gave me the confidence and motivation to build a bluetooth controlled robot, immediately after the course. 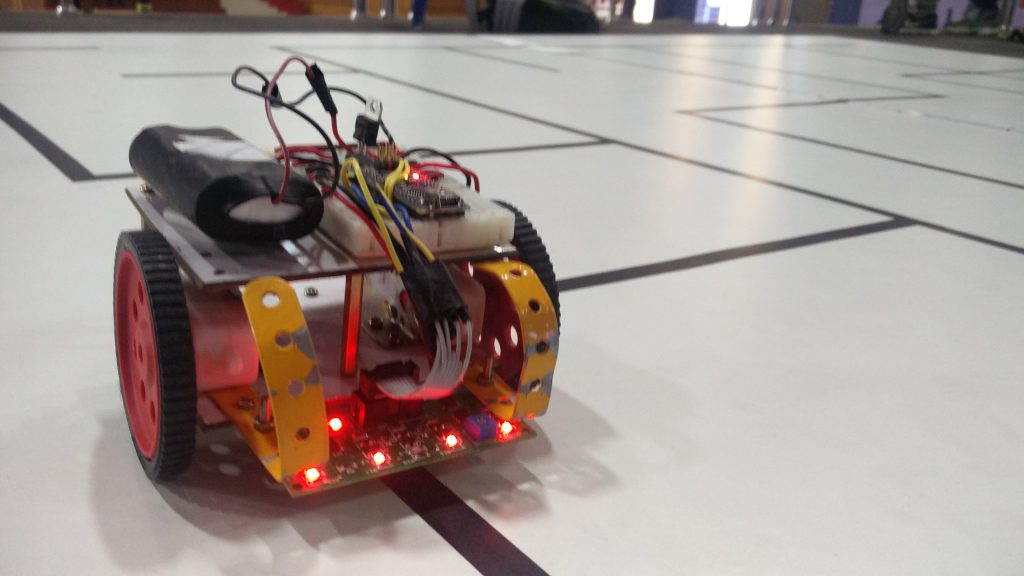 The guidance and motivation by my trainer Jeswin at LEMA LABS, thrusted me forward to try out robotics competition in Aarush 2016, SRM University. As a team of two member, myself and Adoni Ram Judson were able to secure first position in Aarush Line follower event. This furthered into interest for building all terrain robot for Kaizen Expo, under guidance of mentor Satish.

The Advanced robotics course (Level 2) in August 2016, introduced a new perspective towards robotic systems and also to more people with common interest.  This led to a highly motivated team of three, myself, Adoni Ram Judson and Sree. Interesting fact is that, on the new year eve 2016, we secured first place in event Arduino Programming Contest in Shaastra 2017, IIT Madras. 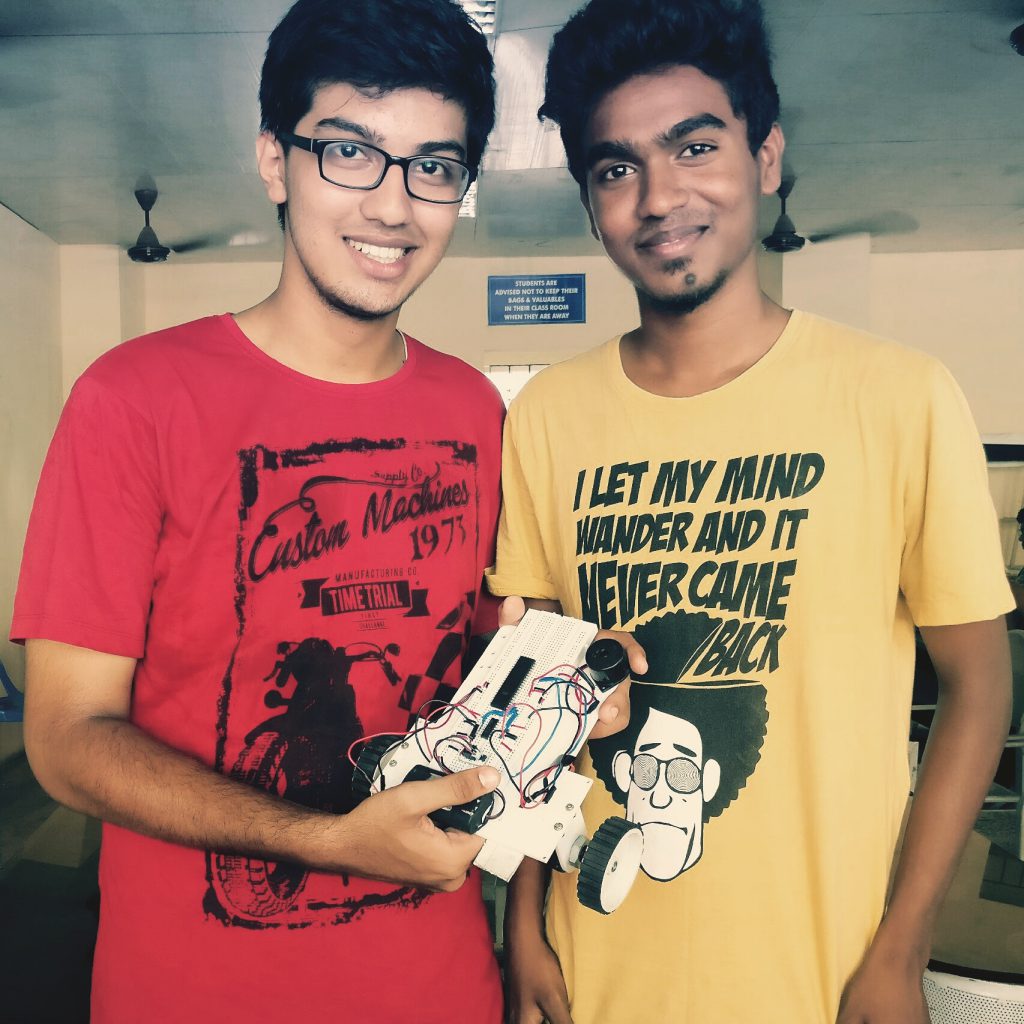 It was such a great start for a year full of projects and career growth. We further went on explore robotic competitions in NIT Trichy and SSN College of Engineering. Teaming up with various other active members of Lema Community such as Adithya UR, Dinesh SP, Narendiran CG, Aayush Bhasvesh, Sandeep M, Suresh and Satish, I was able to participate in events such as LYNK Hackathon 2017, AWS Hackathon 2018 and Pragyan – NIT Trichy.

Further, I built a couple of Robotic hands using voice control and motion control technology under the guidance of Lema Labs. 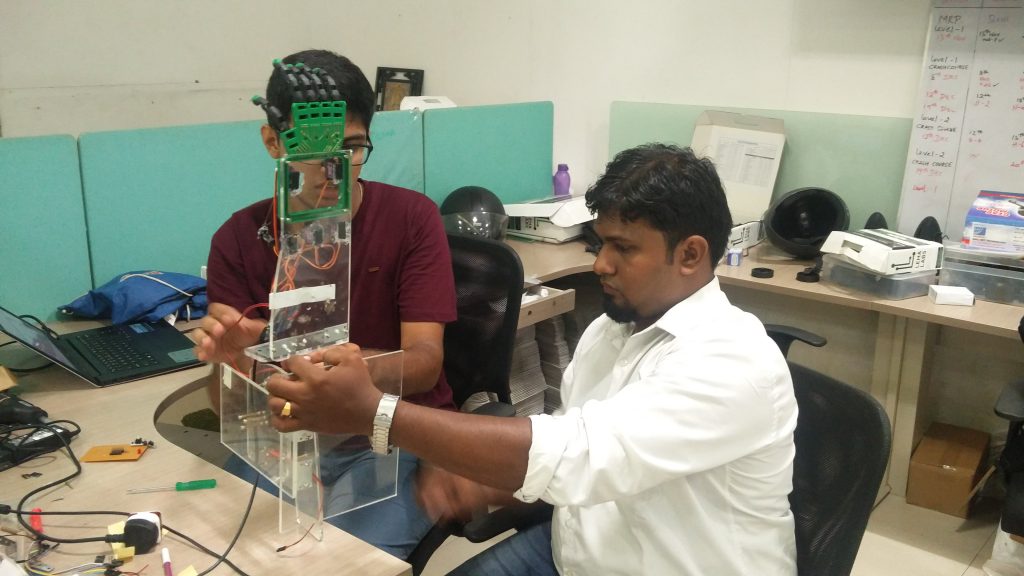 The best thing about being an active member in Lema Community is the visibility and exposure to startups in IIT Madras Research Park. By March 2017, one of the amazing trainer from LEMA LABS, Yashas referred me for an internship at Pi Beam Labs Pvt. Ltd. The internship with Pi Beam Labs involved development of automotive data-logger for pedal assisted tricycles. The eight month long internship with Pi Beam Labs provided me the basic foundation to work on real-time projects and understand the industrial scenario. 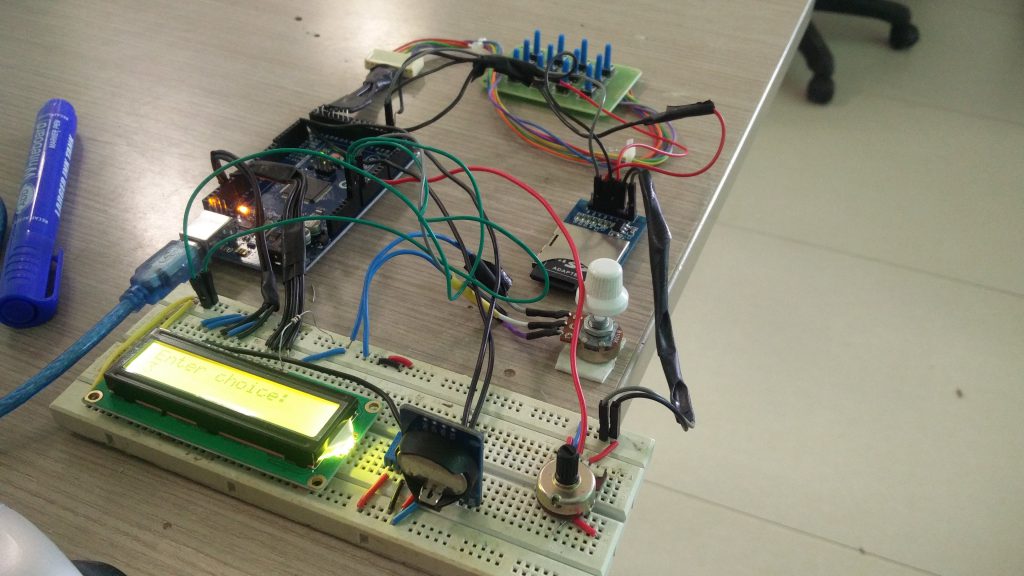 The Makeathon conducted by Lema Labs have been a great platform to share, innovate and materialise ideas into projects. Being organizer for both the makeathons organized by LEMA LABS, i strongly believe that it has been one of the finest hackathons organised in  Chennai. The Machine Learning workshop by LEMA LABS has been a great base to start with in the field of artificial intelligence.

The exposure provided through all these courses, guidance sessions, competitions and community activities at LEMA LABS has accelerated my career at an exponential phase over the last two years.

I sincerely thank the entire team of LEMA LABS for this wonderful platform and work with student community.