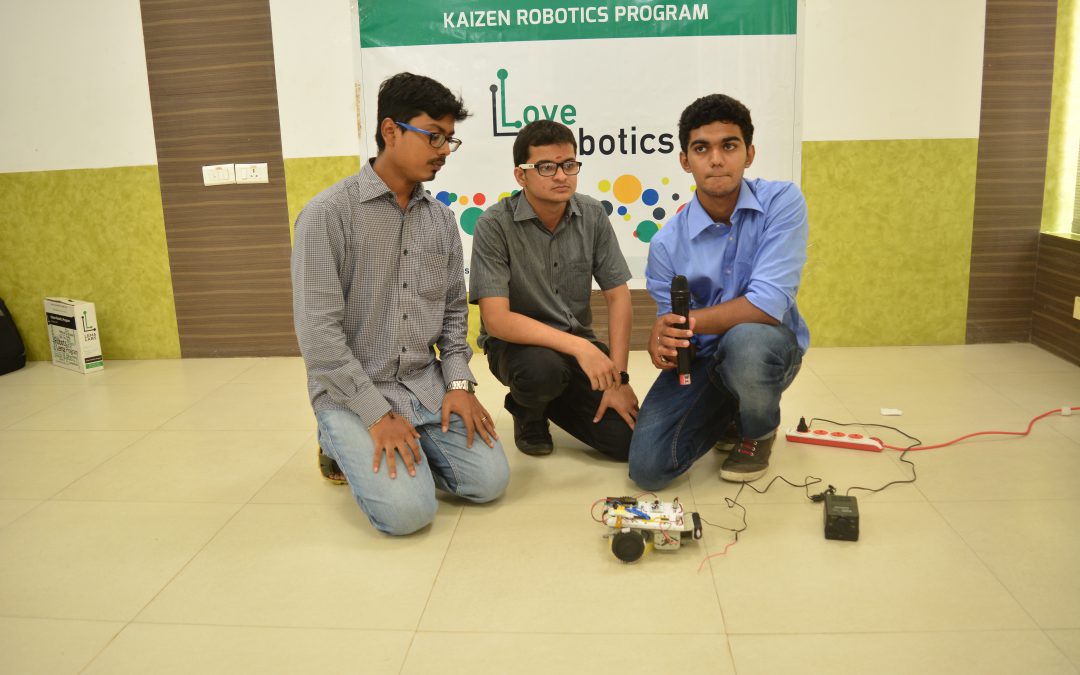 Video demo of the project:

Connections from LCD to the ATmega16:

#include <avr/io.h>  :  It contains appropriate input output definition for the ATmega16 controller to be used. The register set and the bit values and their significance are recognized only if this header file is declared.

#include <avr/interrupt.h>  :  The concept of programmed interrupt can be done only if this header file is introduced. It contains all the relevant registers and functions required to enable and disable interrupts.

#include <util/delay.h>  :  This header file contains the functions for specifying any time delays in terms of actual values rather than mentioning the number of cycles to wait for.

#include <string.h>  :  This header file contains commands used for manipulating strings that are to be displayed on the LCD as far as this project is concerned. For example determining the length of string that is to be displayed.

Macro definitions  :  This is a special feature available in C as well as Atmel Studios 6.2 for giving alias name(user defined) to certain keywords that are used just to make the program more readable and understandable.
It’s a Global constant declaration that is used throughout the program.

#define ldata PORTB  :  This macro word ldata is used for PORTB of the ATmega16 (micro-controller) to specify that the port is being used as a data port and is interfaced with the LCD.

As mentioned earlier PORTB was declared as output port so that it can be connected to the LCD.
The PORTA was also declared as output port for reading, writing and enabling the LCD and additionally for the motors as well.
The PORTD was declared as an input port for the IR sensor input as well as the on/off IR sensor input used so that the program can be interrupted accordingly.
Pulling up was done as shown above to avoid fluctuations.
All this was done using the DDRX (Data Direction Register)

Dealing with timers and counters:

TCCR1A  :  The timer/counter-1 control register A was set to a value of all zeros to operate as a normal mode counter. This mode uses a counter which is incremented in one direction and counter clear is not performed which is required for this application. It counts from minimum(0000) to maximum(FFFF) value and then overflows where the interrupt is triggered automatically.

The timer/counter control register B was set to a value of 03H so that a pre-scale by 64 is achieved specifically. The other bits denoting input capture noise cancellation, reserved bit, waveform generation mode are set to zero since they are not required for this application.
The last three bits CS12, CS11, CS10 were set to 011 specifically to achieve a pre-scale by 64.

The timer and counter-1 register is a 16 bit registers which is split into two as shown above into TCNT1H and TCNT1L. These two represent the upper and lower bytes of the value that is fed to the entire register. These registers are basically used to show the starting count. They were by default set to a value of 00H.

The important registers we used in the case of interrupts are the following:

GICR-(Global Interrupt Control Register):  This register is used to select which type of interrupt request we are going to use.

SREG(Status register) : This register is used to enable/disable a specific interrupt. It informs the micro-controller if it has to respond to the interrupt when triggered or not.

It is arbitrary to set the 7th bit high in order to enable the interrupts in general. One disadvantage  is that the 7th bit gets reset whenever the interrupt request has been responded to by the micro-controller . Hence the bit has to be monitored. sei() function solves this problem.

MCUCR(MCU control register)  :  This register tells for how long the interrupt has to be triggered or under what condition the micro-controller has to respond to the request.

Basically an infinite loop is introduced where a check for the on off sensor is done which behaves like a switch.
Now basically two possibilities arise, the first case is when the switch is on within the loop, the pins of the micro-controller are made high and low in such a way that the robot is driven forward.
Now a check is performed to detect the completion of a second this is achieved using the TCNT1 register. This was done as follows  if(TCNT1>=15624)

The value of 15624 was obtained by making use of a 64 bit pre-scaler i.e. the clock frequency of 1000000 is divided by the pre-scaler 64 which gives the number of cycles per second.
Now within this the rps was obtained by multiplying the count variable with 0.25. The multiplication was done by 0.25 since 4 paper clips were inserted on the wheel in our project.

A simple conversion between rps and rpm was done by multiplying the rps by 60.

Moving on to the case where the IR sensor behaves as an off state switch then the respective motor pins on the micro-controller were driven to zero so that motor stops.

Once the motor stops the distance was displayed based on the following calculation
dist=circum*(tot_count*0.25);

In case of perfectly divisible values of rps the zeros were printed on the LCD screen using the variable control. This was achieved by following piece of code

After this the count values were reset to zero

Apart from these aspects an interrupt service routine was called during low value of the internal clock pulse in ATmega 16. In the ISR a constant check on PD7 was done to check if the switch is on at all times. Once this was checked for a check on whether a black was detected by the IR sensor at PD2. If not the count is incremented continuously.